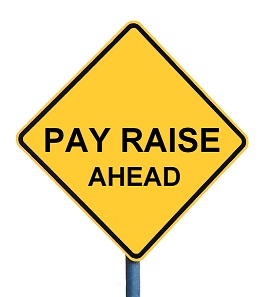 The Department of Labor expects the change to impact 4.2 million workers who will now be eligible for overtime pay after the change goes into effect on December 1, 2016. Other estimates place the number of workers impacted by the new rule even higher. The Department of Labor reports that 9 million workers are currently protected by overtime pay rules.

Under the Fair Labor Standards Act (FLSA), salaried employees working in an executive, administrative or professional position, sometimes referred to as white collar employees, are exempted from minimum wage and overtime pay protections. Workers considered non-exempt from FLSA protections, that fall under the salary threshold, are eligible to receive overtime pay. Overtime pay is considered time-and-a-half pay for any hours worked in addition to 40 hours a week. The rule change is expected to provide overtime pay protections to many more white collar workers.

There are two tests to determine if a worker is exempt from overtime pay protections under the FLSA. The two tests include the standard salary test and the standard duties test; the latter test is largely based on the decision-making authority of the employee.

Changes were made to the duties test in 2004 and in response to public comments made during the most recent rule change process, the changes from 2004 were not revisited. The current focus of the changes was the salary test. The rule change impacts the salary level test and changes the threshold to be considered an exempt worker to workers earning over $47,476 a year and is based on the new standard salary level at the 40th percentile for full-time salaried workers in the lowest-wage Census region of the U.S.

The changes that go into effect in December 2016 are the result of a Presidential Memorandum from the Obama Administration in 2014 directing the Department of Labor to reform and modernize overtime pay rules. As part of the Final Rule, the salary threshold will be automatically updated every three years. The concern originally prompting the change was that the salary levels had become outdated which the current changes seek to prevent from happening again in the future.

Background on Overtime Pay for Workers

The Fair Labor Standards Act was passed in 1938 and overtime pay protections date back to that time. Over the years, the salary threshold to qualify as non-exempt employee to receive overtime pay has been raised. The Bush Administration made changes to the standard duties test in 2004. The current Vice President noted that historically, in 1975, 60 percent of salaried workers qualified to receive overtime pay, while 7 percent qualify today. When adjusting for inflation, the new standard salary established by the rule change is around what it was in 1975.